In the early 2000’s, I was working for this major automotive company. It was stressful, but I loved it! I had worked my way up throughout the company year after year, and the best part about working there was I made so many friends. It seemed like, well at the time, that I was on cloud nine. The only problem was that I was working and partying way too much. And I was definitely not getting enough sleep. Like I said before, I just wanted to be “normal.” I was in my early 20’s and wanted to do what every other young woman at my age was doing: live their life carefree. The last thing I wanted to be was an epileptic.

So, if my boss needed me to work late and then come in early the next morning, I’d always said yes, even though I knew deep down inside that I was putting myself at risk for a seizure. If my friends wanted to go out and party  and drink all night long and then wake up early in the morning for breakfast, I’d said yes again, because I was afraid if I didn’t they wouldn’t invite me to go out at all. I was very good at hiding the real me for quite a while until one day at work…my façade melted off. I don’t think I was at work for more than 20 minutes before I knew something was wrong. I could sense it. They always say that epileptics have this aura before they have a seizure…it’s true. Me? I even get a warning sign as well. I have myoclonic epilepsy and it’s normally associated with characteristics like jerking and twitching. Before every one of my grand mal seizures, my left hand and arm jerk upwards in an uncontrollable fashion, similar to when your doctor takes that little rubber hammer and hits your knee to check your reflexes. This same exact thing happened to me as I was walking into work that same day.

I remember stopping for coffee that morning because I was so tired and figured the caffeine would help. I couldn’t have been more wrong. I was so out of it that I didn’t even recognize my warning sign for what it was when it happened. I was walking through the company parking lot and my hand jerked and I dropped my coffee. I think I was just so happy I didn’t spill it on myself or completely empty it on the ground, so I bent over, picked it up, and kept walking. However, the second I got into the office where I worked at the time, I could feel my body wanting to shut down. It was like I had no control. I quickly sat down in a chair and remember my last words being “I don’t feel so good” to my co-worker. I woke up in a hospital hours later.

This is probably gonna sound weird but to me the worst part of having a seizure has always been when I wake up in the hospital. I HATE hospitals! I never hated going to the doctors before I had epilepsy, but, after I was first diagnosed, I had to go all the time. I was either talking to a doctor or being used like a human pin cushion as they drew vials upon vials of blood. You would have thought my doctor was a vampire by the amount of blood they took to check my medicine levels. Then there’s the smell of a hospital and doctor’s office…it stays with you even after you leave. And when you have a disability, the last thing you want is to wind up in the hospital because you always stay there longer than a “normal” patient because it takes you longer to recover from just about anything and everything.

After that seizure at work, I was so embarrassed but at the same time beyond grateful. You see…something completely amazing happened! My boss and all my coworkers proved to me that being “different” didn’t matter at all! My boss came and picked me up at the hospital and brought me home. When I came back to work, I found out what happened during my seizure. I found out another manger helped my coworkers make sure I was safe until the paramedics came. They were all so sweet and asking if I was okay and I just realized how lucky I was to be surrounded by such wonderful people. Years later when I left the company, it was hard for me to say goodbye to so many individuals that had become like family to me. When you have a seizure, you are so vulnerable. Literally anything can happen to you and you wouldn’t know. Having people in your life that you can trust when you are at your weakest of moments is essential. I will always be grateful to those individuals who watched over me that day.

This site uses Akismet to reduce spam. Learn how your comment data is processed. 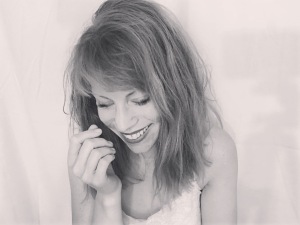 This blog is a journey into my life and my epilepsy. For a long time I thought those two things could never coexist peacefully. Time and wisdom helped me heal as I found a way to cope with the struggles associated with my condition. My hope is that my raw and exposed feelings will help to heal at least one person that is just starting on their journey to finding their life with epilepsy.